How can we get it so wrong?

It is wonderful to see such a moment of courage. The choice to admit to error and turn and walk a different way - not just to confess but also repent. 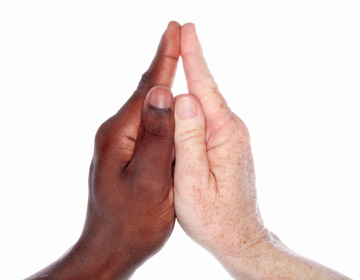 However, what I find horrifyingly interesting is that a (now 16 million-strong) sub-set of the Body of Christ in a huge geographic region had it completely wrong - for decades and decades! Yet the exegesis of the scriptures by their founders convinced them there was no other way to interpret those verses - and it markedly affected how they lived and presented Christ and His Kingdom.

Pause and think about this.

In how many other ways do we have it wrong… but because we surround ourselves with people we agree with, we don’t find out for centuries.

Let’s not make the same mistake.

Dr. Albert Mohler, president of Southern Baptist Theological Seminary, says the denomination’s founders were “heretics” in believing whites were superior to blacks and urged modern-day Southern Baptists to confront the racism of their founding fathers.

Mohler lamented the “putrid exegesis” of the Bible that was allowed to justify racism in the past and acknowledged that “Southern Baptists bear a particular responsibility and burden of history.” “The ideology of racial superiority is one of the saddest and most sordid evidences of the Fall and its horrifying effects,” he writes. “Throughout history, racial ideologies have been driving forces of war, demagoguery and of dictatorships.”

Heresy, he argues, is different—and far more dangerous—than error. Heresy is “the denial or corruption of a Christian doctrine that is central to the faith and essential to the Gospel.”

A heretic is someone who is considered to have abandoned the faith, Mohler says, such as those who deny the Trinity. The “deadly power” of heresy, he writes, is evident in the recent killing of nine worshippers at Emanuel African Methodist Episcopal Church by 21-year-old Dylann Roof, who hoped to instigate a “race war”.

“The young white man charged with the killings has not claimed a theological rationale for his acts,” Mohler writes. “Nevertheless, he has been exposed as someone whose worldview was warped by the ideology of white superiority.”